From the day she bought the space for her photography studio, Argyle always knew she wanted to transform the vast, open space above the studio into an urban dweller’s dream loft.

After securing historic preservation tax credits from the Ohio Development Services Agency in 2013, Argyle was finally able to start work on the lofts.

She met her fair share of obstacles along the way, such as the critics who weren’t so sure about her goals and getting the building up to code, but in the end, it was all worth it, Argyle said.

“What it is now is what it always was in my head,” she said. “I’m thrilled with how it turned out. It’s perfect.”

A steady stream of residents, public officials and downtown business owners stopped by the Market District Lofts, at 361/2 S. Third St., on Friday to get their first look at the newly renovated apartments.

Words such as “fabulous” and “beautiful” were used to describe them, and one woman couldn’t help but exclaim “this is so cool” when she walked in one of the units for the first time.

“They’re so beautiful. I love all the light and the open beams,” Michele Layman said. “It will be fun to see people moving downtown and bringing some new energy down here.”

The lofts were designed to give off an urban but historic look. Argyle was able to preserve many of the building’s historic charms, such as old doors and windows, while modernizing the space with light fixtures and stainless steal appliances.

Each of the apartments features a washer and dryer — stackable units in some, full units in others — as well as walk-in closets, a dishwasher and built-in microwave, faux granite countertops and more.

Two of the units have already been rented, and after Friday’s viewing, Argyle expects the other two to fill up quickly.

Paul Thompson, president and CEO of First Federal Savings, snagged the three-bedroom loft as soon as he could, signing on before the renovations where anywhere near complete.

“I wanted to be a part of what is happening in downtown Newark. There is so much momentum and so much good work being done,” he said. “What better way to be a part of it than living right in the center of it all?”

That momentum has come from the ReNewark revitalization movement, which is set to bring streetscape improvements, more loft apartments, a new traffic design for the Courthouse Square and new developments near the downtown exit from Ohio 16.

Newark also has seen several new businesses join the downtown area in the past year, and the Canal Market District open-air market is expected to bring even more life into downtown. The Market District Lofts will overlook the market when it is completed in 2016.

Argyle said she has been waiting years for a revitalization effort and is proud to call herself a part of it.

“The whole ReNewark thing has been trying to happen for so long, it just took the right people working together and having a unified vision to make it happen,” she said. “I’m very optimistic and very excited for the future.”

Check out the Market District Lofts 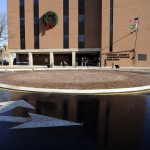 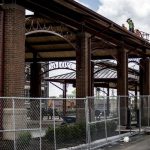